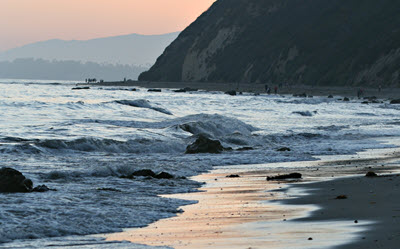 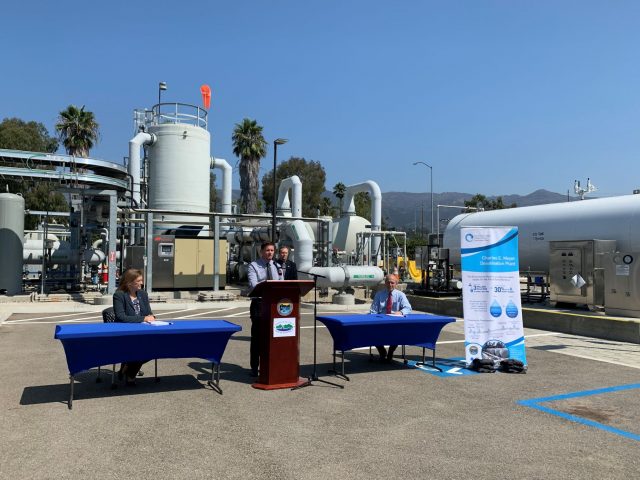 Presentation on the proposed Water Supply Agreement with the City of Santa Barbara (May, 2020)

A 50-year Water Supply Agreement executed between the Montecito Water District and the City of Santa Barbara in September, 2020 relies upon the City's Charles E. Meyer Desalination Plant to produce a local, rainfall independent water supply source that is nearly 100% guaranteed.

Mutual consideration and careful planning are the foundations of the Water Supply Agreement that represents a great stride forward in water supply reliability for the Montecito Water District, and provides both the City and the District with valuable flexibility in essential resource management. Customers for both entities can take comfort in knowing that this regional partnership also improves price certainty, which means more predictable rates for all.

The City of Santa Barbara and Montecito Water District have been partners in significant water related endeavors such as the Cachuma Project, Cater Treatment Plant, State Water Project, and more for far longer than fifty years. The execution of this Water Supply Agreement commits both parties to broadening and strengthening that partnership for the coming 50 years.

Originally constructed in 1991 in response to the water supply crisis that occurred in the late 1980s, the plant operated for only five months. In 1992 abundant rainfall relieved the drought condition, and the plant was put on stand-by and eventually decommissioned. MWD and Goleta Water District were initial investors in the plant, and held five-year contracts which neither renewed. In 2016, the plant was reactivated to mitigate the drought crisis and to provide long-term water supplies in the region. MWD is pleased to once again be a cooperative partner in this important regional supply.
Visit the City's web site to learn more about the Desalination Facility