Montecito Water District is an independent special district which provides potable water to the communities of Montecito and Summerland.

Independent special districts are voted into existence by the citizens they serve and are sanctioned under California law to perform specific local government functions within certain boundaries. Montecito Water District was formed in 1921 by vote of the citizens, and the formerly independent Summerland Water District was dissolved and annexed in 1995. The District is governed by an elected Board of Directors and derives its authority from the California Water Code (Sections 33000-33901).

The District recovers the cost of providing water through rates charged to customers with water service and an annual property tax assessment. The District is independently audited and subject to state and public scrutiny. Other special districts in the Montecito / Summerland area provide services such as wastewater collection and treatment (Montecito Sanitary District, Summerland Sanitary District) and fire protection (Montecito Fire Protection District). 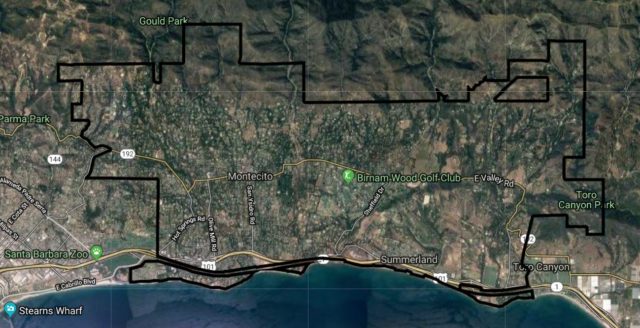